HELPFUL HINTS FOR A DIY HAUNTED HOUSE THIS HALLOWEEN BY DR. BON BLOSSMAN, 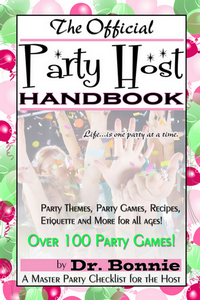 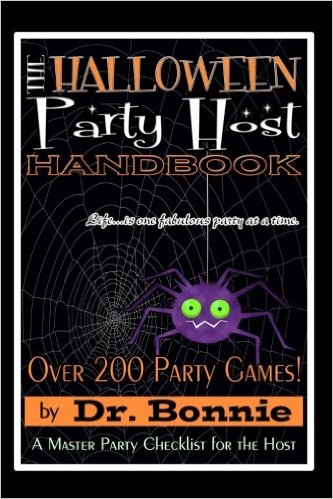 MAKING YOUR HOME OR OFFICE INTO A HAUNTED HOUSE FOR HALLOWEEN:

1.TARGET AGE:  If this is for younger children (10 and under), the rooms should be well lit and the ‘monsters’ should be only slightly scary like a funny looking vampire, a friendly ghost, a goofy looking witch and a nice werewolf.

2 LIGHTING: After setting an age limit, lighting is the most important. For older kids, teens and adults, you have to cast an eerie haze over each room – too much light will take away the scary ambiance but not enough is a tripping hazard. You do not, however, want to use real candles, as that would be a fire hazard. Use artificial candles, candelabras, black lights, blue lights and red lights. You can also use strings of Christmas lights in all red, orange, blue or green. Make sure that all of your actors know where the light is to the room in case a guest gets too scared; they can flip on the light to calm them down. Beware, fishing line will glow with black lights so if you are hanging items from the ceiling with fishing line – it will give your props away. In this case, switch out with black yarn.

3.SPIDER WEBS: are necessary. In any haunted house, it cannot look ‘lived in’ so add as many spider webs as you can but in places that spiders would place them (i.e. corners of the room, across the higher portion of the doorways, etc.

4.DRY ICE/FOG: Dry ice is only safe to use in a very open area so it’s better to save this effect for the outside entrance. Also, be sure to never allow your guests to touch the dry ice, as it will cause severe injury. A fog machine can also be purchased for around $100.00 or more and will give the same effect.

5. SOUNDTRACK: There are plenty of Halloween themed CDs with spooky music or effects. Thunderstorm tracks, monster noise tracks (both available at My Mystery Party in the Mystery Prop Emporium) can be downloaded directly from the web for immediate use. Also, room theme soundtracks such as pirates, Phantom of the Opera, etc.).  In the case of a 10 and under haunted house - pick an upbeat Halloween Soundtrack such as the Party of 2 Halloween Dance Party Mix

6.BLACK PLASTIC SHEETING: is your best friend in a haunted house. You can use this sheeting to hang in the doorways between each room, cover floors, and even cover walls. Test the tape on your wall paint first in an inconspicuous place or purchase wall-safe adhesive materials to hang the sheeting. You can pick up black plastic sheeting at home improvement stores.

7. AUTHENTIC LEAVES/BRANCHES: If you don’t mind cleaning up the mess, you can collect leaves and branches from the outdoors for scenes that are in the woods. Your guests will step on the crunchy mess for a great effect.

8.WHITE SHEETS: on the furniture will add to the ‘not lived in’ effect. If you have them, toss them on all of the furniture throughout the house.

9. SMELLS: are good for certain scenes. Use plug-in candles or an aroma disc player to give off scents that go with the theme of the room. For example, if you are setting up a forest scene, give off pine needle aroma or if you are doing a scene or for a nursery scene, select baby powder.

Paranormal Activity 2 Room: If you already have a nursery and a dog – you are there – simply get a baby doll and prop it up on the rail of the crib. If you don’t have a nursery, locate a crib from a family that has older kids and dust it off. Set this room with blue lights and play an eerie soundtrack.

Friday the 13th Series Room: This scene, you can make as elaborate as you wish. To go the easy route, throw a bunch of leaves on the ground until it is covered. Yes, this will make a mess but it necessary for the ambiance. The room should be very dark with only a glow from the moon. You can accomplish this by using many artificial candles behind the actor playing the role of ‘Jason’ the serial killer. Jason should wear a hockey mask, have torn clothing or a coverall with blood splatters on it and carry a toy machete or other knife. If you wanted to spend more time on the scene, put up a black plastic sheeting midway through the room and in front of the main light source to the room. Cut out a circle in the top right for the moon and little holes to simulate stars in the sky. When you turn on the light, which is behind this black plastic sheeting, the moon, and stars will be the only things to shine through. If you find that the lighting source is too bright, switch out the bulb for a lower wattage and if necessary, change for a blue bulb. Sound effects from the forest, a thunderstorm or a scary soundtrack are essential.

The Blair Witch Project Room: This scene can actually be combined with the Friday the 13th scene above. Since both are in the forest, separate the actors and have one actor play the frantic college student holding a camera that is lost in the woods with Jason from Friday the 13th lurking behind her. Alternatively, if you wanted to do a Blair Witch scene alone, set up a small tent in the room with leaves scattered on the floor, with a strange pattern of stones in front of the tent and / or the tree branches arranged in the symbol above. Have the actor be frantic about what the stones / branches mean. In the background, have someone in a black sheet costume lunge out at everybody after a minute or two.

Phantom of the Opera Room: Use plenty of artificial candles and candelabras. Playing the Phantom of the Opera soundtrack is optimal but any organ music can set the effect. Spray paint PVC pipe with silver spray paint and organize in an organ pattern above) against the wall or leaning against a desk – no need to make an organ, in the dark, this will be enough to set the scene. The actor and the soundtrack are the focus of the scene.

The Exorcist Room: Simple enough – have the actor sit in the middle of a bed and pretend she is possessed. It is optional to have a second actor playing the role of the priest during the exorcism.

Poltergeist Room: The actor doesn’t have to be a child, it can be anybody that is small with long blonde hair (or you can simply use a wig). The actor will sit in front of a television that is on ‘white noise’ with her hands against the television screen. It is best if you have an older television as plasma televisions were not in use when this movie was made. The closet door should be open and a clown doll should be visible with artificial lighting. As the guests come through, this actor will turn to look at them and say, “They’re here.” You can have assistants dressed in all black throw things in the closet.

Nightmare on Elm Street Room: this one is very simple. Since there were so many scenes of terror from Freddy Krueger, you can simply have someone asleep in bed with the actor playing Freddy lingering over them and when the guests come through; his focus will change to the guests.

Saw Series Room: the room should look as industrial as possible by removing extraneous furniture and possibly putting black sheeting on the walls. The victim will have any type of apparatus on their head, leg, etc. and will be chained to the wall or other structure. Have the villain (above) lurking in the background and approach the guests as they come through.